Living in Southern California has opened up a new world to us agriculturally.  Barry and I both grew up in families who gardened, but neither of us have ever lived in a place with such abundant food growing everywhere!  One crop that grows here and is ignored a lot of the time is the olive tree.  My friend Nellie and I went olive picking at a church member's home last fall and we are now reaping the results.
The following method is one that I decided on after doing lots of internet research.  There are many other ways to do it, but we decided on the following because it was less complicated. 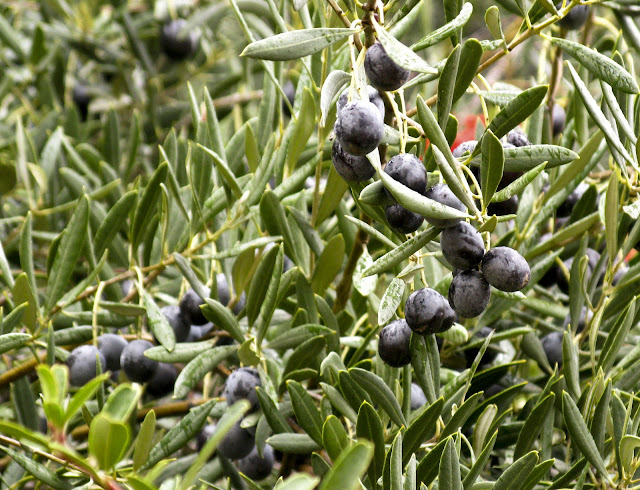 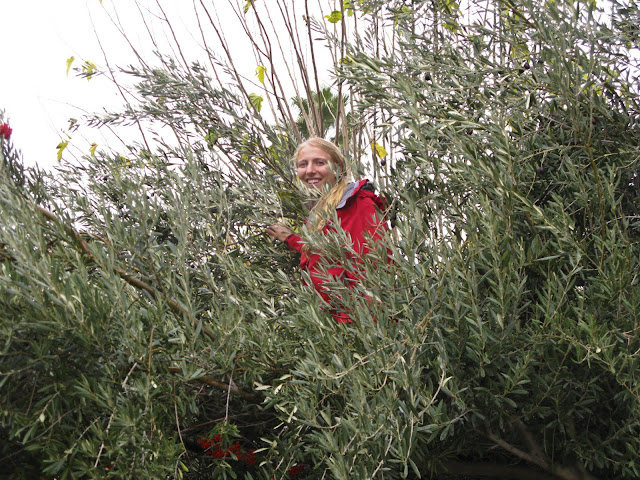 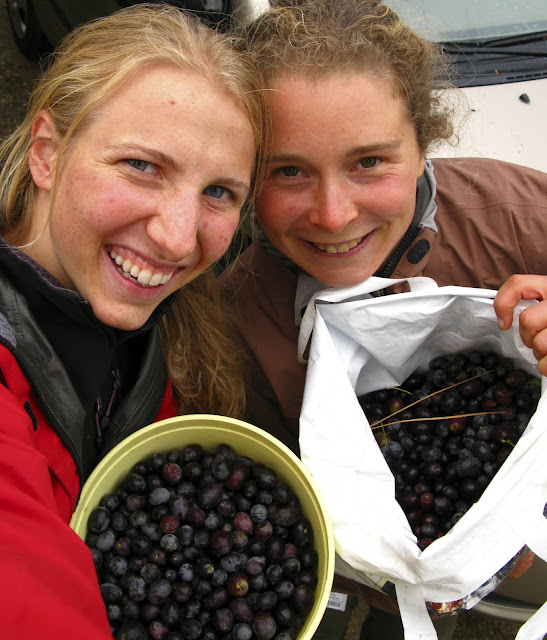 After picking the olives, you wash and dry them. 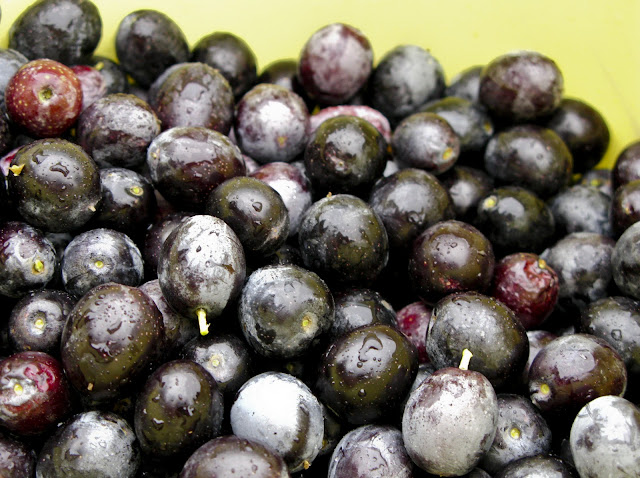 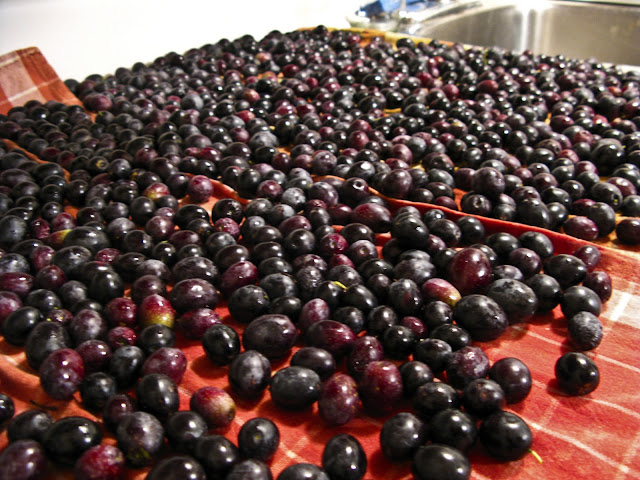 Then you make 1 or 2 cuts in the flesh of each olive so that the bitter acid will leech out.  This takes a bit of time but with more than one person helping, it can go pretty fast. 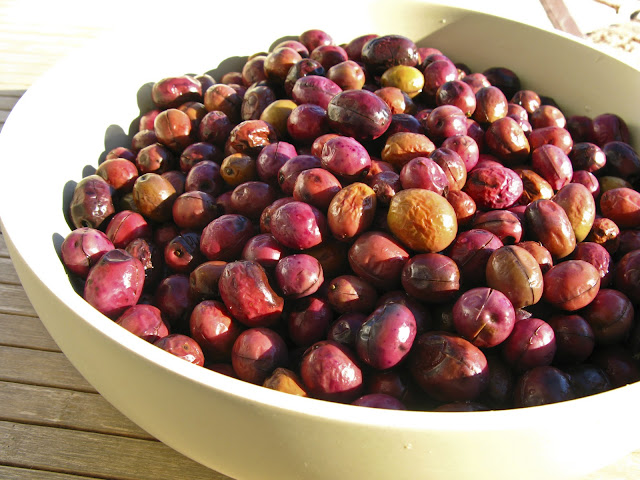 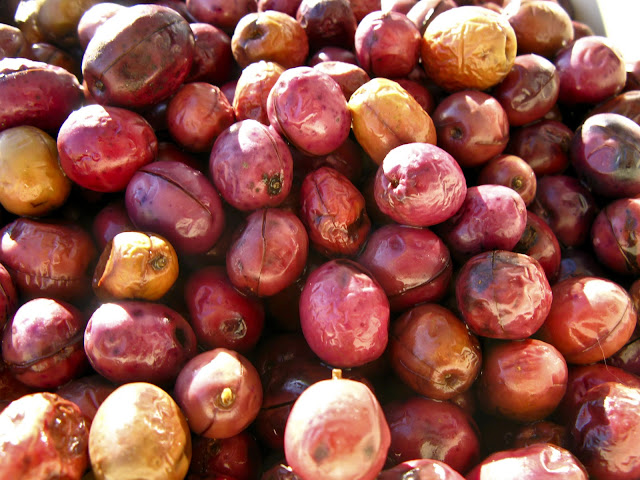 Next you place them in a salt brine (about 1/4 cup salt per quart) and let them soak, and soak, and soak.  A large glass container or several quart jars works best for this.  (Note: do NOT soak them in stainless steel.  We tried this and discovered that, if pressed against the metal for an extended period of time, the acid in the olives would actually begin to eat away at the metal.)  The salt water should be changed every 4-7 days depending on the amount of salt you used. 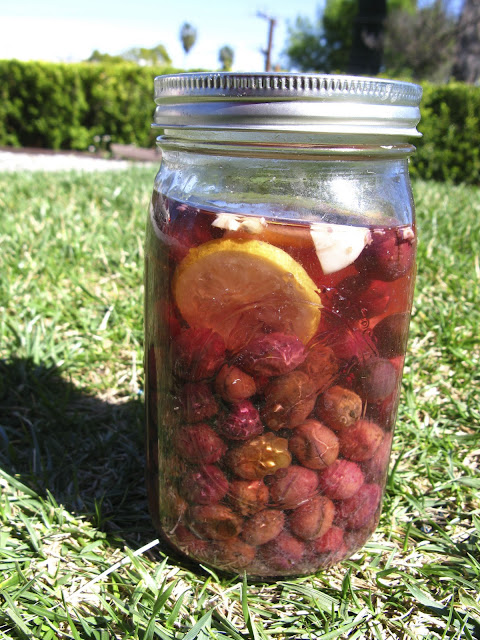 After about 2 months of soaking (although it can be longer or shorter depending on the size), the olives should be quite edible!  Taste one and see what you think.  If they are still somewhat bitter, soak them for 1-2 more weeks. If they are too salty, place them in clean water (no salt) to draw out the sodium.
You can then season them with things such as garlic cloves, lemon slices, and bay leaves.  Place them in a quart jar with a lightly salted brine and the seasonings.  Pour a thin layer of olive oil on top to seal.  They can then be kept for up to a year (if they last that long!) 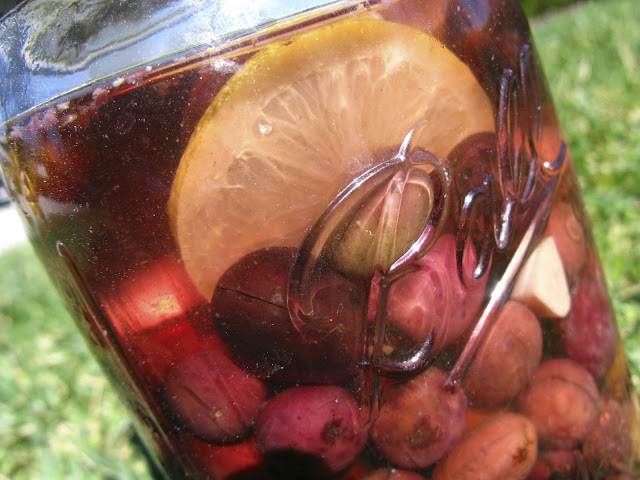 To tell the truth, this post is not just about olives.  It's about being creative with what you have on hand, instead of spending money in order to satisfy every need or desire that crops up.  It doesn't have to be olives or persimmons.  For you, it may mean saving and reusing the fabric from old clothing, or making a commitment to avoid food waste.  Whatever it may be for you, be assured that it makes a difference!
Posted by Christy Joy at 6:31 PM